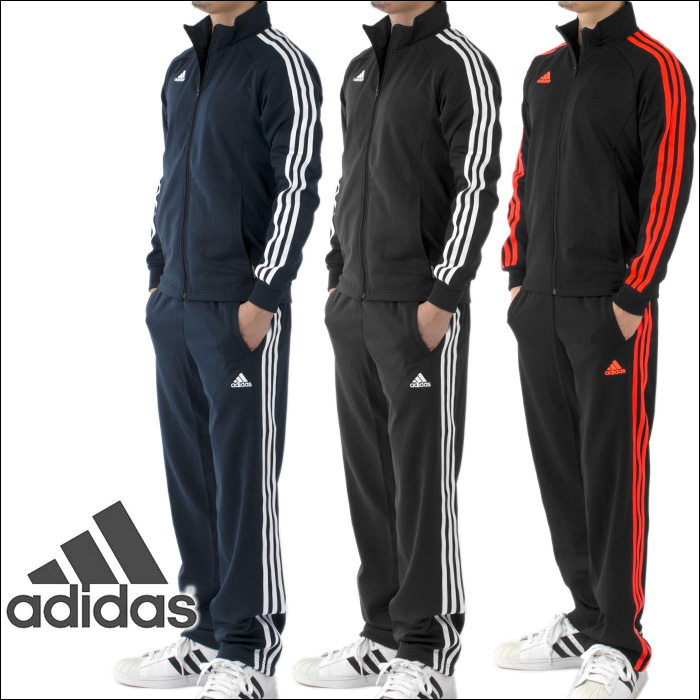 Corporate Office environments can be tricky to navigate! When I entered the workforce years ago the work uniform for professionals was pretty simple, a suit and tie, nice shoes and a Cross brand pen. And it wasn’t much different for women. A knee length skirt and conservative blouse. Shoes with a wedge or heel less than 2″ high. Optional wold be a conservative dress or two piece suit with understated blouses.

That was it. We all knew it. It’s what we saw around the office. It’s what we were coached on by our parents or career services counselors. Any deviation from the norm was looked down upon. Shoot, back then you might even be called into Human Resources for such an offense!

In the 1970s US companies began relaxing dress codes Fridays as kind of an offshoot of “Aloha Fridays” in Hawaii. By the 1990s this custom became the rage and was formalized as “Casual Friday”. Now one day a week employees could abandon their stodgy dress and don a more relaxed, self expressive wardrobe. This proved to be great for many people, but not for someone like me who had invested a ton of money in suits, dress shirts and ties instead of cargo pants, golf shirts and boat shoes, this was a problem.

Back then a guy had 5 – 7 suits, about 30 ties and four pair of dress shoes (in different colors) to vary his daily outfits. Tie bars, tie chains, collar stays and cuff links helped were even more accessories to help you stand out in the board room or strolling office hallways.

Now we had to figure out this “dress down” thing. And if you had working parents like me and most of my friends, there was no place to turn to for this kind of fashion guidance. For a long time I just refused to participate.

One day I decided to give it a shot. How hard could this all be? Based on what I was seeing, I could put together a fresh Friday outfit and join the crowd. So I put on my fresh dark blue Adidas tracksuit with three bright white stripes down the arms and legs. Underneath the jacket I had an official NBA Team t-shirt. And I finished the look off with a pair of freshly cleaned leather white on white Addidas low cut sneakers. Looking in the mirror that morning I said to myself; “Now this is dress casual!” As I walked out the door I knew I would make an impression.

Without going into too much detail, I can confirm for you that I did make quite the impression! Just not the one I wanted to make. It was quite an uncomfortable Casual Friday in the office that week.

Epic fail! I just didn’t know what to wear and I was too embarrassed to ask. After that Friday I stuck to the Conservative business uniform. Eventually Eventually I learned that a nice pair of jeans, a pair of loafers, a white button-down shirt and a blazer was more of an acceptable look than an Adidas tracksuit.

In the current business culture it seems that dress casual is the norm for every day – not just Friday. However, there are times when professionals should step their game up to match the situation at hand. Unfortunately, being out of practice, most professionals fail miserably pulling off Business Professional in the same way that I failed to pull up Business Casual. The image of Mark Zuckerberg heading into testify before Congress in jeans and a t-shit send shock-waves throughout the nation spawning an intense narrative about appropriate attire to fit the occasion. Many of the old guard were appalled and felt that he lacked respect for a government institution. On the other side many of the younger set seemed to not notice his attire at all until the news outlets pointed it out.

What I have noticed over the last 5 to 10 years is that times when business business professional is expected have created some embarrassing moments. We spent a lot of time in social media communicating. And even though we are inking six figure deals this way, there are times when we need to come from behind the screen and meet with a potential client, investor, or influencer face to face. The question is what will YOU look like when you get there?

Offering advice in this blog post on what to wear would not be of much use since every person’s look is unique. What I would suggest though – and suggest strongly – is to take a moment and ask a more senior professional what might be appropriate to wear or what might be an expected look for that next big meeting.

Good luck! Dress for success. Let me know how it goes… 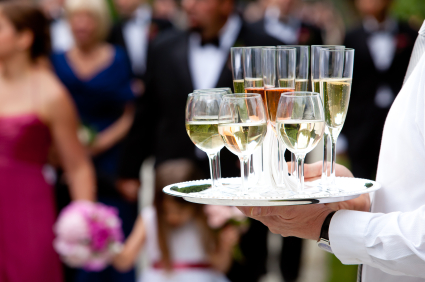 Riding subway this morning, on my way to meet a new client, I overheard this following exchange between 3 young professionals.

YIKES! In my experience this type of exchange between a manager and employee does not end well! Just like oil and vinegar don’t mix, neither does alcohol and feedback! When out with colleagues, especially your boss, any topic called “candid feedback” is dangerous territory. If ever it comes up and you’re in earshot, I suggest you bolt out of there. Don’t take the bait! Make a joke, change the subject, fake a phone call, head to the bathroom, do anything to keep out of that conversation. I know, I know….in the moment it seems cordial, even inviting. Why not let your let the boss in on what’s really going on at work? This could help everybody, right? You’re just doing what no one else will. And besides, he asked!

Don’t bee fooled by this open gesture. The fallout can be horrible. You might say something that another employee asked you to keep confidential. You might criticize your boss’ performance and he remembers this at your next review. Or you may say something negative about someone who soon after becomes your boss.

I have a client who told me this story. At a departmental dinner one manager asked another how he felt about a woman who worked in the organization but wasn’t on their team. He responded; “She’s a mess! I would never work for that b—-.” In less than six months this same lady was brought in to lead the division. Coincidentally, one month later the manager who made the remark was demoted and forced to work in another office. The explanation given was “…his work stream had been moved”.

It may be that the two events had nothing to do with each other, but I doubt it. Even if they were unrelated, you never want to open yourself up to the possibility of having your career negatively affected by reckless words.

Here are some tips to safeguard your reputation when hanging out socially with colleagues.

To quote one of my mentors;

“At your level there’s no such thing as a throw-away statement!”

Most of all, whenever you’re out with colleagues keep the conversation light and away from work.

Hope this helps. Be careful out there! 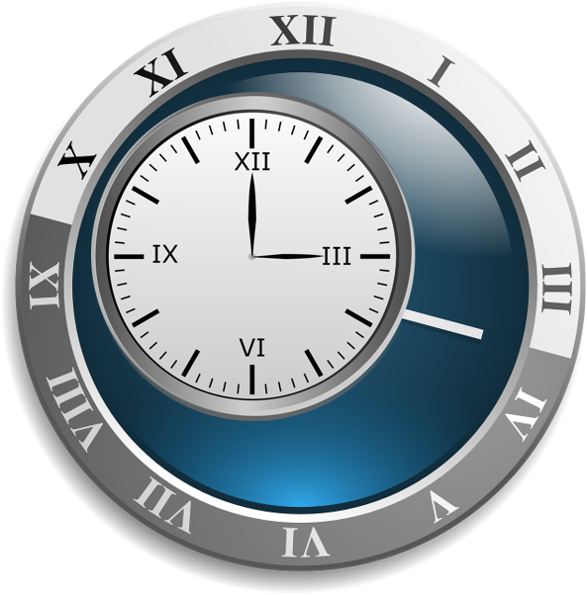 How long does your weekly 1-Hour Update, or Check In, or Status meeting take? This is not a trick question. The typical 1-hour Check-In, Update or Status meeting takes between 75 and 90 minutes to get through. With the back to back meeting culture that most businesses have this overrun starts a ripple effect of lateness for the rest of the day. Some teams run their meetings with a detailed agenda and still find it difficult to get through it all on time. So, what’s going on here? Wasn’t the Agenda supposed to solve meeting overruns?

The Agenda is a great tool to help meeting attendees focus their attention on substantive conversation. But when conversations spiral out of control the Agenda has no answer for this. There are two items that plague the 1-Hour Update Meeting;

Oftentimes presenters are left to make the decision on what to include in their status update. Without clear direction from leadership, what should be included is a moving target. Sometimes we want more and sometimes we want less. More often than not the employee, in their desire to satisfy their boss, includes more than what is needed which causes them to talk longer than necessary. Even when an employee has a smaller amount of information to cover, he/she will tend to keep talking longer than needed when following their verbose colleagues.
The solution to the overreach problem is for the meeting organizer/facilitator to…
1. Collect and Review the updates ahead of time.
2. Let each presenter know what information to include in their update or status for this week’s meeting.
3. Tell each presenter how much time they have to deliver their information.

A misconception about the Update Meeting is the expectation of Q&A after each update. A 5 minute update can easily turn into a 15 minute conversation when questions are allowed. And any meeting with more than five updates can easily go over the sixty minute mark! Meeting organizers should include a protocol of “clarifications only” during these meetings. This will be difficult to enforce initially, but in short order participants will understand the true purpose of the Update meeting; to share information. Business Meetings which include Q&A and debates are called Agreement Meetings where the purpose is to move work forward. Update Meetings are designed to ensure that the team is informed about eachothers’ activities. It is not a place for discussion.

In short, the way to keep a 1-Hour Update, or Status, or Check-In meeting to 60 minutes is to take control of the presentations and to limit comments to clarification instead of discussion. It is a simple solution. Try it! Leave me a comment and let me know how it goes. 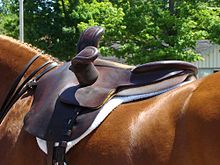 In 2012 I confessed to a coach friend of mine that I wanted to start a blog. Immediately he launched into how difficult blogs are to write and maintain. “They are a complete time drain! No matter how hard you try, you just won’t find time to keep up with the constant writing.” We talked more about his writing and about what I would be writing about. It was a good conversation. Despite his warnings, I launched a blog anyway. In the beginning it was exciting. I kept up with the writing and enjoyed the creative process. But soon I life’s responsibilities rushed, and the blog took a back seat….way far in the back! He was right. I could not keep up with writing every week.

Since that time I have been continuing to develop my business, working more and more with software architects and app developers, network engineers, and data analysts. My work with these scientific types dove deeper into their daily challenges. One universal challenge that they all complained about was the Business Meeting. “What a waste of time these meetings are.”; they complained. There was the number one complaint by 9 our of 10 people I worked with, only to be surpassed by “poor leadership” at times. I committed to helping them address and potentially fix this nagging problem.

For the past 5 years I have been focused on providing tools and resources to IT professionals to help them manage business meetings. I’ve learned a lot about corporate cultures that foster good meeting performance and those that smash it to bits! I think that what I’ve learned can be useful to people plagued with poorly run meetings.

So, I’ve decided to start writing again. This time the focus will be on creating effective business meetings. I’ll try and share weekly what I’ve learned and what I’ve taught others to do. And….when I run out of things to talk about I guess I’ll stop writing. Until then….

Our first stop will be Tackling the 90 Minute 1 Hour Meeting!